"A Hitchhikers Guide to cellular RF" 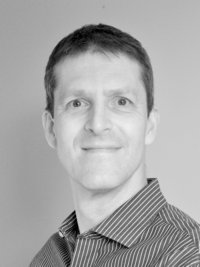 Speaker Bio: Bernard has received an MSc from the University of Twente, The Netherlands, in 1993 and a PhD from the University of Southampton, United Kingdom, in 1997. In 1998 he started as Staff Engineer with Asahi Kasei Microelectronics. From 2000 he was Design Manager at Analog Devices. Since 2008 he has been with MediaTek where he is currently Director of RF IC Design working on the development of advanced cellular transceivers. He has published more than 40 papers and 20 patents. In 2007 he received the ISSCC Outstanding European Paper Award.

Abstract: A short journey through the weird and wonderful world of Cellular Radio, from the new territory of 5G to the more exotic parts of LTE Advanced. Along the way we ll visit interesting areas with potential for further exploration and innovation.